Home » The evolutionary history of tuberculosis and leprosy pathogens

My laboratory is interested in the evolutionary history of TB and leprosy, two pathogens that have plagued humans for millennia. We are currently involved in two research projects: one that examine the ancient history of TB in humans from around the world, and another that investigates whether other primates also harbor these pathogens.

An investigation of the evolutionary history of tuberculosis using ancient DNA:

Tuberculosis (TB) has a long history of affecting humans with current estimates of its origins ranging from 3-6 million years ago. In this study, we aim to characterize ancient mycobacterial strains from cases of disseminated bone TB in order to understand the phylogenetic relationships between strains of tuberculosis prior to and after the Age of Exploration. Specifically, we analyze DNA from ancient bone lesions in our ancient DNA laboratory to address questions about the evolutionary history of TB. We plan to characterize strains from the earliest Old World skeletal cases of disseminated TB, explore the relationship of these early strains to those found in Britain by Iron Age/Roman times, consider the relationship between Old and New World TB prior to and following the 16th century era of European Exploration, and assess whether the increase in prevalence of tuberculosis during the 17th and 18th centuries in Europe was due to the spread of new strains. This work is in collaboration with Dr. Jane Buikstra (Center for Bioarchaeological Research, SHESC, ASU) and Dr. Johannes Krause (INA, University of Tuebingen). It is funded by NSF BCS-0612222 and BCS-1063939.

Disease exchange between humans and other animals has been an important adaptive pressure during our evolutionary history. Recently, the importance of monkeys and apes (non-human primates) as sources of infectious agents that are now adapted to humans has been highlighted because of the HIV epidemic. It is likely that non-human primates have long been important sources of new pathogens because of their close evolutionary relationship to us. The biological similarities mean that pathogens require few changes to make the “jump” to humans. Nonhuman primates may also serve as reservoirs for diseases that affect both them and us (and vice versa), thwarting both primate conservation and human public health efforts at containment and eradication. We are investigating the infectious disease exchange between human and nonhuman primates using two mycobacterial species —Mycobacterium tuberculosis and M. leprae—as case studies. Our project has two major components. First, we are testing  samples from primates from around the world for the presence of DNA from M. tuberculosis and M. leprae. We plan to examine the relationships between strains found in humans and non-human primates as well as epidemiological information such as disease prevalence in various nonhuman primate species, countries, and contexts of contact with humans. The second component involves using the data generated to model parameters that would have been required to maintain these diseases in antiquity in ancestral primate species and to model how the diseases may have spread in various primate taxa (and during the origin and dispersal of Homo sapiens throughout the globe). We hypothesize that our primate ancestors also shared mycobacteria within and between species, and that an understanding of the past and present interactions between primates and mycobacteria will provide baseline data to inform current and future public health, conservation, and diagnostic/treatment efforts. We have received initial funding from the Late Lessons initiative (ASU). 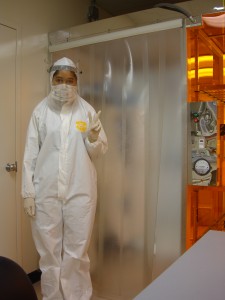 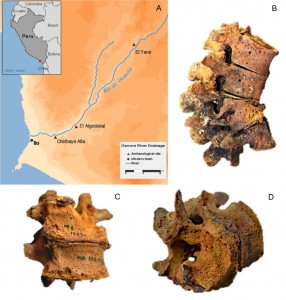